Working visit 2020 and growing to independence of Kashi Mandir School

In February 2020 Margriet and Rutger visited the schoolproject again. Renewing the contacts, controlling finances and making plans for the coming years was the goal. The school is in good shape: 225 children frequent the school, a hundred less than last year because of the fact that some families migrated to he cities for work . The reason for that is poverty caused by the lack of rain in the recent past.

Some 150 childeren more go to school in the annex settlement in Beniganj. This settlement has become an independent school now . People of the villages Beniganj and Bamnora took the initiative themselves.

From July 2018 the foundation redraws more and more and the school will continue to grow to fully independence. This development is processing now. The financial situation of the school has been very much ok until now and approved by government registered auditors every year. We hope that the worldwide corona pandemic will not cause too much trouble, but that is uncertain at this moment.

In the classrooms teachers use beamer and laptop much for their lessons, using excellent and free educational materials from internet. Even the infants share in this modern teaching. And the schoolinspection uses – after first hesitation – the school as a modern example of good and modern teaching to other schools in the region. This all is the result of the ict courses for the teachers, financed by the foundation. Only the more or less frequent power-cut is sometimes a problem.

The sewing lessons -teached before schooltime – are a success. Also approved by the authorities. The children like it and they make nice cloths and get skills fort he rest of there lives. During our visit we have been able to buy three more foot-sewing machines, all thanks to an extra donations of our private donors. These machines are also very much handy in times of no power.

In February 2018 we have been able to celebrate with staff, committee and students the opening of the new play-ground for sports- and recreation (have a look for the pictures in the last photo-gallery). And: thanks to a big extra donation of one of the donating funds, we ordered for a new waterwell with taps for the students in- and outside. The old one had been dried up, because the level of ground water went down during the last years . This new well has been drilled unto 70 meters deep an will provide water for the school for years. Everything was operational at the beginning of the schoolyear in July 2018. And we have seen that it still works properly in 2020. Nevertheless: there is a deficit of water in the region now. Monsoon rains failed in 2019 to bring enough water to the fields. High food prices are the result. People can hardly effort to buy it. There is some food distribution from the government for poor people but the situation remains still precair

In the last months we made up and concluded a new contract for the schoolyears 2019-2023. That is the period of growing to full independence of the school. The reserve funds of the foundation will be remitted to Kashi School in this period to be sure that the transition can be done successfull. The foundation will still have its advising and counselling role in these years and may be after that too. Several scenarios have been discussed with staff and committee to consolidate what has been achieved over the years. By this we can be sure that the investments of our donors and of our energy of the past years will remain. Walking in the village and talking with people we noticed that Kashi School has become their special school: villagers are proud of it! They feel that they own the school.

Committees in Holland and India are aware of the fact that we had not been able tot do this good work without the support and financial donations of many private persons and funds. Children and parents of the poor Dalit farmers and workers developed successfully. Many children continued their studies already in Highschool, College and even University. A good example of this development is one of the teachers of Kashi School: he started as a student of this school long ago and became a teacher now in his own school!

There is a new gallery with pictures of Kashi Mandir School from the working visit 2020. Pictures tell often more than words!

Our faithful private donors made possible – by there financial contributions- that we have been able to pay for the many expenditures that cannot be financed by the big funds. We depend on these private money for school-uniforms, notebooks, pens and pencils etc. but also for extra proteïn enriched schoolfood for the students. And one can see that many children remain to small. Simple by a lack of food. In many households only one proper meal a day is served because of this silent poverty. Parents are too poor, there is a lack of work in the region. May we ask you to donate for one more time?

May be we can ask your attention for the expected problems for Kashi Mandir School that will becaused from the corona virus. The income of many families will go down dramatically. That means that mr. Prabhat cannot ask for schoolfees in the coming year and much less income fort he school will bet he result. In order to avoid that the schooleducation collapses by a lack of money we appel everyone who reads this: your support is very much needed. Please think of the children of Kashi Mandir.

The committee of Kashi Mandir Foundation is very much aware of the fact that many organisations ask the people for a contribution fort he many needs there are in the world. Nevertheless: it would be nice, if we can persuade you to donate for Kashi Mandir School to help and make the eduction fort he present group of students as successfull as it was for he former generation. A proper meal for a whole schoolclass costs € 30, a uniform for one student € 12, a months salary for a teacher € 75. If you like to support us and by that these children: donate on Iban number NL68TRIO 0391 1462 70, Stichting Kashi Mandir, Erica, The Netherlands. BIC code of the bank is TRIONL2U .Thank you in advance! 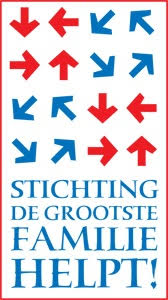